THE GREATEST TERRIBLE SEQUEL OF ALL TIME. I LOVE THIS MOVIE. I HAVE BAD TASTE.

ok, so the lost boys is pretty much my favorite movie of all time, and i know this looks terrible, but it is surprisingly enjoyable. cory feldman always is amazing as edgar frog, and this movie is full of really good one liners, really hilarious weapons, and tonnes of flashbacks and references to the original movie. also, a touching tribute to sam emerson/corey haim. the raver storyline was a bit dated, but what can you do? also, on the bonus features on the dvd, there is something called “the art of seduction: vampire lore.” i decided that it was too amazing to watch by myself, so maybe we’ll do a review of that in the future. 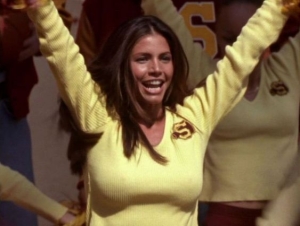 unfortunately, there was none of this:

but there was lots of this:

only hilarious. there was no music video like on the tribe, and i can’t track down that one. IF IT AIN’T BROKE DON’T FIX IT.

also, apparently they killed the head vampire this time, and as you know if you kill the head vampire all half vampires are turned back into regular people.  there was a bit of werewolf drama at the end of this one, so my fingers are crossed for a fourth chapter.  WHAT IS WRONG WITH ME?