"WHERE HAVE I BEEN ALL MY LIFE" 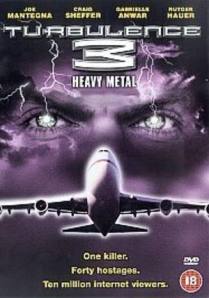 See the actress in the YouTube video? If you thought that she was going to have a sexy transformation, then you would be RIGHT. Glasses OFF, hair OUT OF BUN.

Also from the preview, does the guy playing Internet Hacker look familiar to you? We thought it was David Boreanaz. Nope, it’s Mr.-Hey-Aren’t-You-David-Boreanaz? himself, Craig Sheffer. Here’s a side-by-side comparison of the two of them looking like d-bags. BONUS: The gentleman in the middle making that duck-face is Colin Berry, an actor that has shown up on this blog before.

Speaking of familiar, we were about halfway through the movie when we realized that shock-rocker/Marilyn-Manson-clone Slade Craven is played by John Mann, frontman of Canadian folk rock band Spirit of the West.

updated for teens.
always read your texts out loud.
duff is faux fugly.

This was an early 90’s surfer flick featuring a roseanne-era clooney, michelle pfeiffer’s little sister dedee, and gene simmons.  i’m pretty sure it’s about some sort of set-up involving a drug deal, and then revenge, but i sort of stopped paying a lot of attention to the plot.  my either way, it’s an entertaining movie to watch at least once, if only for the drug addled bromance of atilla and remar. 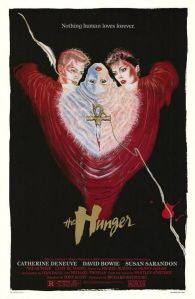 Also, check out this sensuous scene between Sarandon and Deneuve (NSFW!!!):

I Still Know What You Did Last Summer 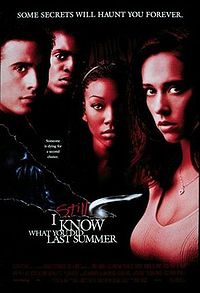 This movie is apparently about Jennifer Love Hewitt's breasts and some disembodied heads that are sad.

0:20 – Jennifer Love Hewitt takes what we loved about the original film (her “stretch out your arms and yell” method of acting) but THIS time, instead of yelling “What are you waiting for, huh!?” she says “Come and get me. I’m right here!”… but THIS time her character has evolved to a point where she decides to deliver her lines in a soaking wet shirt. That’s how you make a sequel, people.

SPOILER: OK, so the killer from the first movie is Ben Willis. In this movie, Jennifer Love Hewitt befriends a mysterious stranger named Will Benson… who, to the surprise of no one, turns out to be Ben’s son, out for revenge. Will is Ben‘s son. Wordplay, y’all!

Trivia: Mekhi Pfifer, who plays Brandy’s boyfriend in “I Still Know What You Did Last Summer” (aka ISKWYDLS aka Iskwiddles) also stars in the Brandy/Monica song “The Boy is Mine”. Now go to YouTube and watch it. It won’t embed here.

Oh hi Beyonce.
Lay the smackdown on Ali!
Through the ceiling? Whoa!!!

To get the full effect of this movie, just watch this trailer and the fight scene between Beyonce and Ali. Don’t waste your time with the rest.

Britney Spears acting?
If only this were horror.
Don’t quit your day job.

About that last point…
Those are impractical sleeves!
Sing for your supper??? 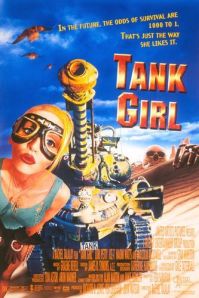 post-apocalypse!
where is all the water? gone.
Ice-T? kangaroo.

here’s my confession:
i loved this film in grade eight.
how embarassing.

this is star studded.
omar epps, 7 of 9, and
vitamin c’s breasts